The urgent need to de-carbonise our planet is now at the forefront of topical and political debate. We see this as the biggest area of investment opportunity since the advent of the internet.

A climate of opportunity

‍While the world has been pre-occupied with a certain virus, another epidemic has emerged alongside it: the accelerating rush among nations and corporations to announce carbon reduction targets to address climate change. This outlines Munro’s approach to what we see as the biggest investment opportunity since the advent of the internet.

Although global momentum around climate change has been building for many years, we believe we’ve now reached a tipping point whereby the decarbonisation of the planet is inevitable. Virtually every European country has effectively committed to eliminating net carbon emissions by 2050, with China also announcing a 2060 target. US President Joe Biden appears determined to reinvigorate the climate agenda, recently announcing that the US will target a 50% reduction in net greenhouse gas pollution by 2030 and zero emissions by no later than 2050.

It’s important to note that the “zero carbon” 2050 target does not mean emitting any more carbon; it means emitting no carbon.

These ambitious political commitments are being mirrored in the corporate world, which rather than taking a ‘wait and see’ approach, is transitioning to a low carbon future independently of government mandates. Many corporations are changing their behaviour – or promising to – in the face of overwhelming demand for ESG and other socially responsible initiatives from customers, employees and shareholders. Virtually every company we meet is talking about their sustainability goals.'

The biggest opportunity since the internet

Last year, global investment in the transition to low-carbon energy broke the $500 billion barrier for the first time and was more than twice the 2010 total, according to figures from BloombergNEF. We designated climate change as a new Area of Interest (AOI) in our fund strategies in 2019 and has become increasingly important in the Covid era. Climate related investment is only likely to accelerate from here.

In many ways we liken its current state to the early stages of the technology boom, with many climate change companies set to get dramatically bigger.

However, funding this climate epidemic is going to be extremely costly. Given the ambitious carbon goals now being announced, we think conservatively it will cost over US$30 trillion between now and 2050.

The chart below shows our estimated breakdown of where this huge investment will need to be made, and thus where the sectors of opportunity exist. In Europe alone we see an $8.3 trillion USD investment potential across areas such as renewables, energy efficiencies and charging stations for electric vehicles.

The race to Net Zero

As your global growth investor, it is our job here at Munro to identify structural changes and find the companies we think will benefit in the months and years ahead.

Climate is at the very start of its S-curve*, with many new climate technologies still early in the adoption phase and therefore having the potential for significant growth.

We see four structural categories from which will emerge the climate success stories that will enable the decarbonisation of our planet:

However, it is paramount that as well as formulating these long-term thematic views, we maintain our rigorous bottom-up analysis and valuation models on all positions within our portfolios. As always, at the individual stock level, there will be only a handful of climate winners and a long tail of losers.

A raft of businesses – including many corporate household names – will need to adapt or perish. The established airline and automotive industries are particularly vulnerable, along with fossil fuel producers and the industries that rely on them.

In finding the companies that will benefit over the long term, we’re aware that there is more than just a political will to address climate change.

There is also an economic rationale. For example, renewable energy is now cheap enough to compete with fossil fuels. One of the main reasons we’re increasingly bullish on climate stocks is that so much of the sector is now less reliant on government subsidies.

For perspective, in 2020, as much global offshore wind capacity is being auctioned as has been built in the entire timeframe of offshore wind energy.

The chart below shows what capacity onshore and offshore wind power must reach to get to zero carbon by 2050.

Listed in Denmark and already with a market capitalisation of over $100 billion, Ørsted is the world’s largest offshore wind developer.

While onshore wind energy has been around for a while, offshore wind is at an earlier stage on its S-curve. Offshore wind is coming from a lower market share base than onshore wind and solar; and hence one of the fastest growing parts of the renewables industry. Offshore wind only really exists in Europe today, with US and Asian opportunities now starting to open up. Analysis of net zero targets around the world suggests that Offshore capacity can grow from ~40GW today to ~200GW in 2030 and then substantially again beyond this to 2050.

Although not without competitors, Ørsted’s experience and strong lead in offshore wind makes them the global developer of choice – for example, it is helping Taiwan Semiconductor develop the largest offshore wind farm in Taiwan. We see decades of growth ahead for Ørsted. While Orsted will lose some share as the industry matures and Oil companies enter, we feel that given the increasing complexity of projects and the company’s considerable head start, that it will maintain a strong industry position and be one of the “Offshore Majors”.

Companies benefiting from the growth of electric vehicles, battery technology and alternative transportation.

If renewables need to provide baseload energy to the grid, which they must in a zero-carbon world, then a battery must sit alongside them to ensure continuity of supply. The issue with renewables is it’s not consistent - it’s not always windy or sunny (for solar) - so they don’t compete with the baseload but with the support of a battery, then renewable power can be more consistent.

Battery storage could benefit the power sector in three ways: improving power quality and reliability, load shifting and integrating of renewable power generation. Every renewable energy facility around the world will perform better with a large, grid-style manufacturing battery to store the energy it creates.

To support a zero-carbon future, continuity of electricity supply, and energy efficient transport, the projected battery TAM is set to grow more than ten times its current size over the period between now and 2050. Battery technology is a critical but sometimes overlooked element of the renewable energy equation. Given that solar panels and wind turbines can only generate power when the sun is shining or the wind blowing, their contribution to the grid’s baseload power capacity is intermittent and unpredictable.

Korean-listed Samsung SDI is a leader in large energy storage batteries that help renewables make a bigger and more dependable contribution to the grid. Their Energy Storage Solutions segment is set to benefit from the shift to renewable energy, with the large US utility companies being major customers in this segment.

These two segments today are barely profitable and so masks the earnings potential when looking at short-term multiples. These divisions make up the Large Battery segment for Samsung SDI and we estimate it could make up more than 50% of profits in five years’ time.

Although Samsung SDI makes batteries for virtually everything from mobile phones to cars, it’s their large grid battery technology that makes them a clear climate winner with significant upside potential.

Companies most likely to benefit from efforts to improve recycling, alternative packaging materials and management of wastewater have significant untapped potential.

In the world today only 14% of plastic is recycled, relative to 60% of paper and up to 90% of steel. We expect significant uplift in the percentage of plastic and paper recycled as governments, corporates and investors place a higher value on the true cost of these materials to the planet.

Today the cost of producing plastic is cheap with low oil and gas prices. However, longer term, we expect costs to rise as the impact on society becomes more readily apparent (e.g. via global plastics taxes, consumer awareness). We expect similar pushes to lift paper recycling given deforestation issues and separately expect more focus on steel production given the significant CO2 released in production.

Decarbonisation is at the core of Norwegian based & listed company, Tomra Systems (TMRAY), as their closed-loop recycling system aims to address the exponential increase in global landfill.

As governments across the EU and US begin to adopt this technology, Tomra stands to benefit from an under penetrated addressable opportunity which they estimate to be between $50bn - $80bn.

With climate change mitigation now high on the agenda for governments, corporates and investors, it’s clear that huge investment opportunities will emerge in new technologies across energy and industry sectors.

Climate is the next big S-curve and is only at the start of what will be a very long growth runway.

There will be winners and losers of course – and some stocks may get ahead of themselves in the short term. But the big structural climate winners that we find are likely to keep winning long into the future.

All of us here at Munro are positioned for the long haul to monetise and support this monumental shift in attitudes towards preserving our planet for future generations. 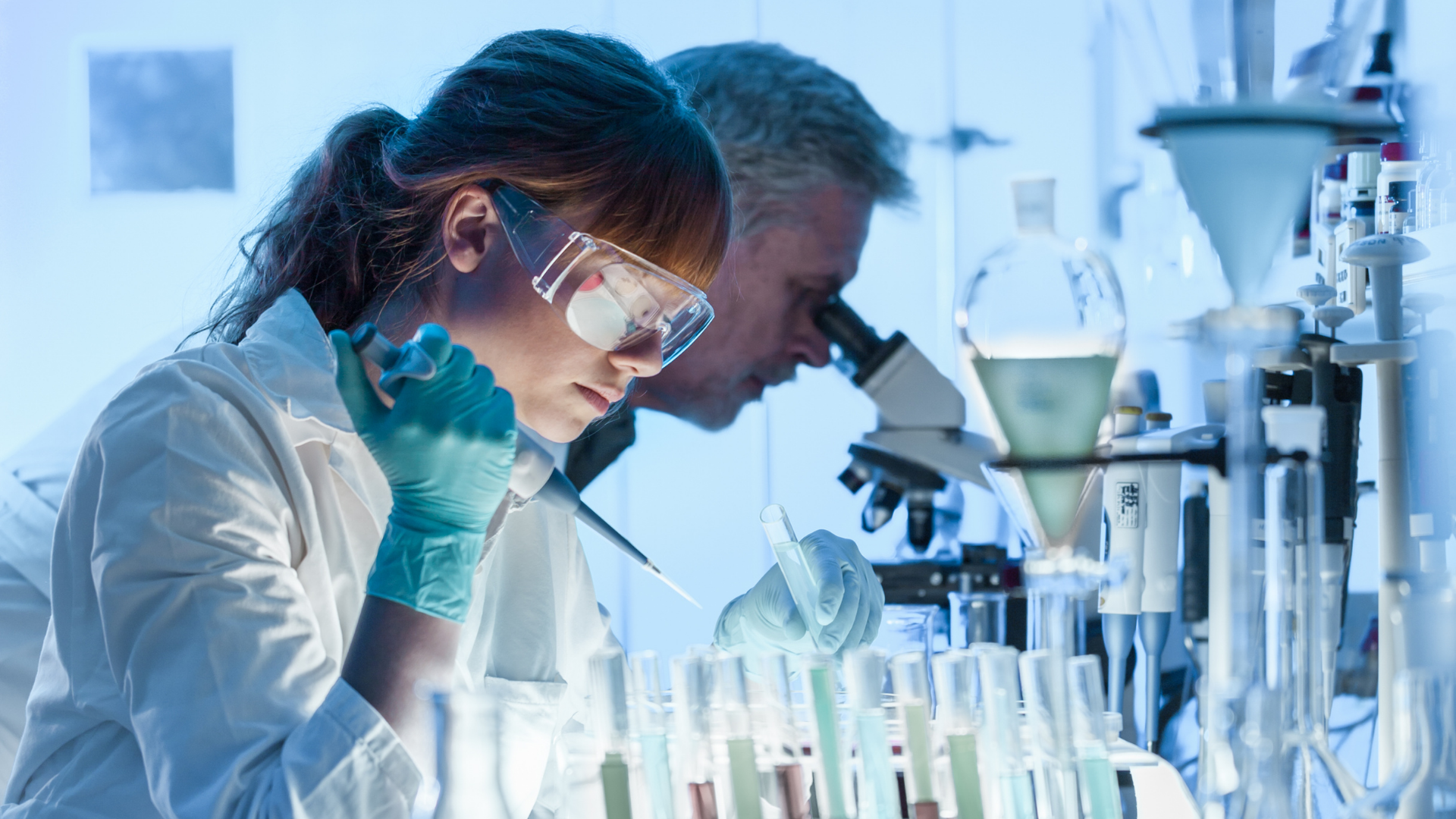 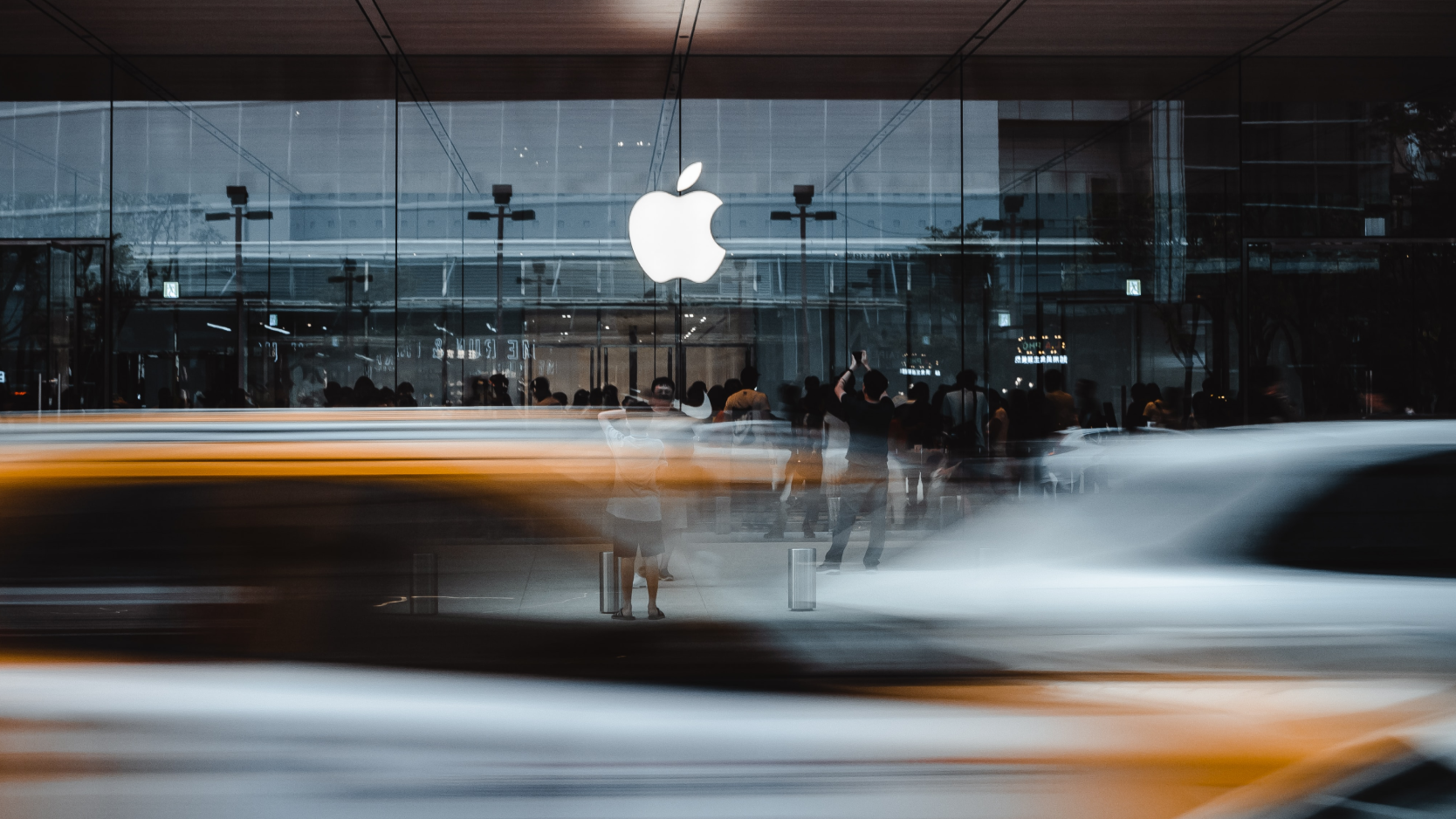 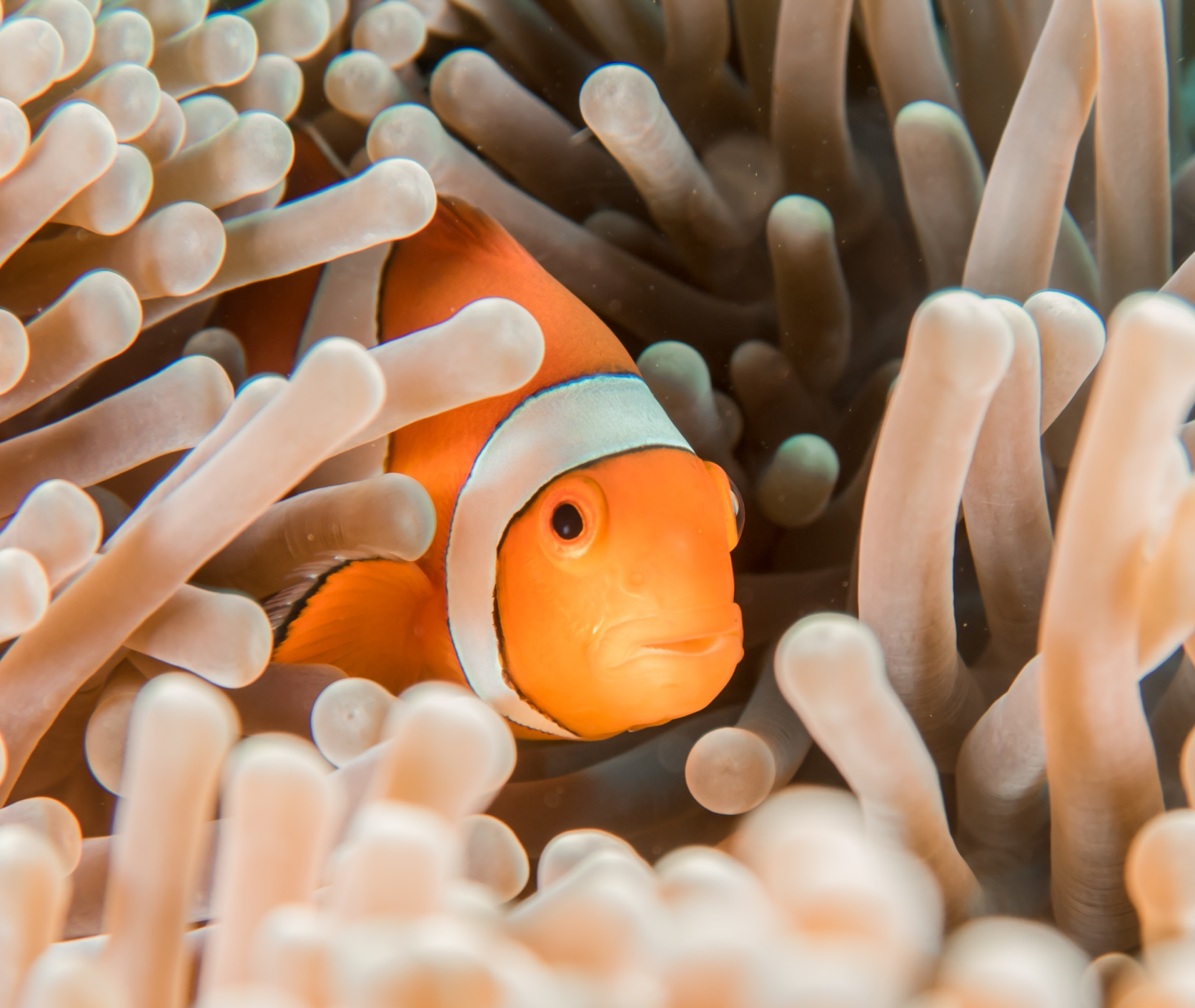 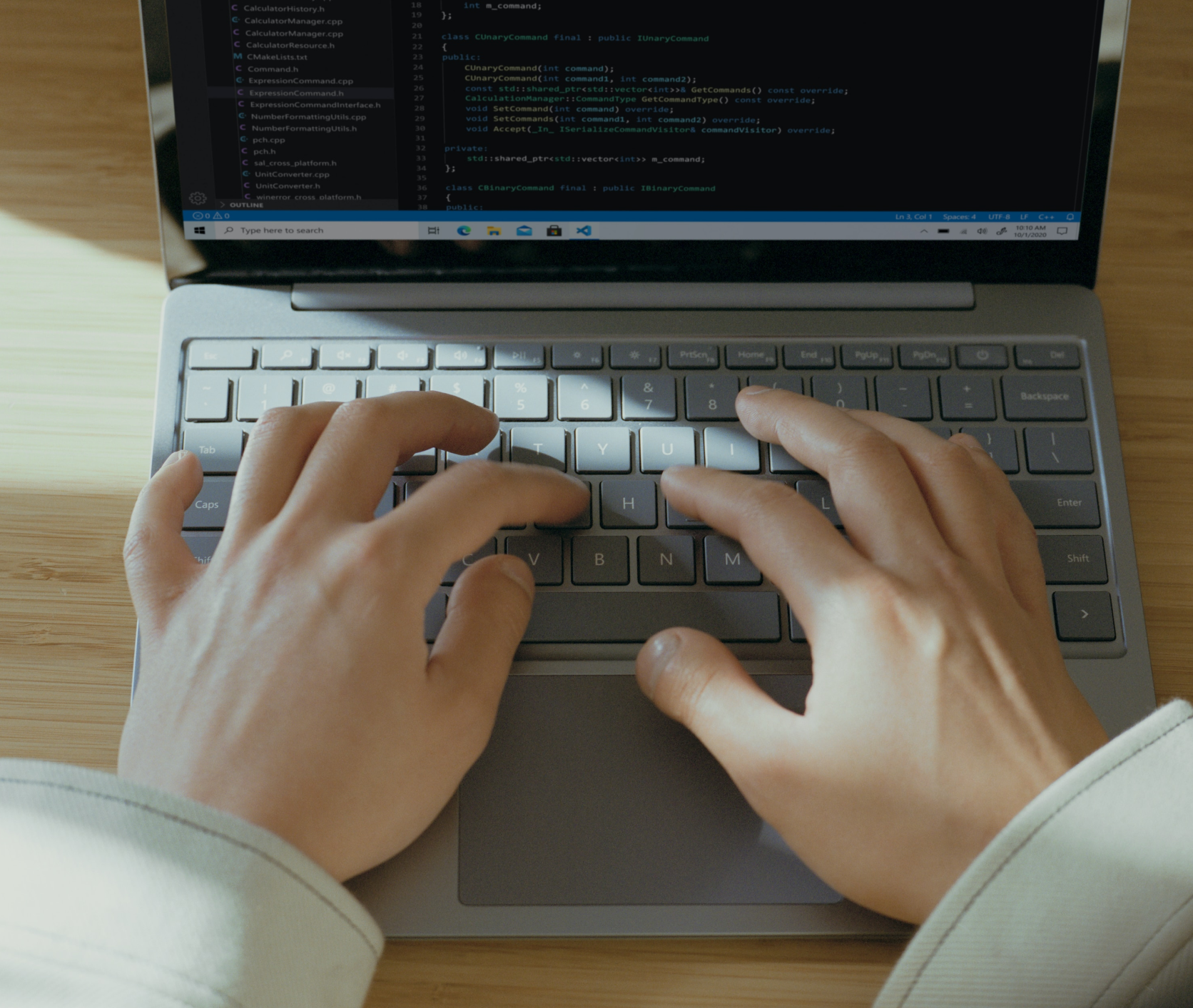